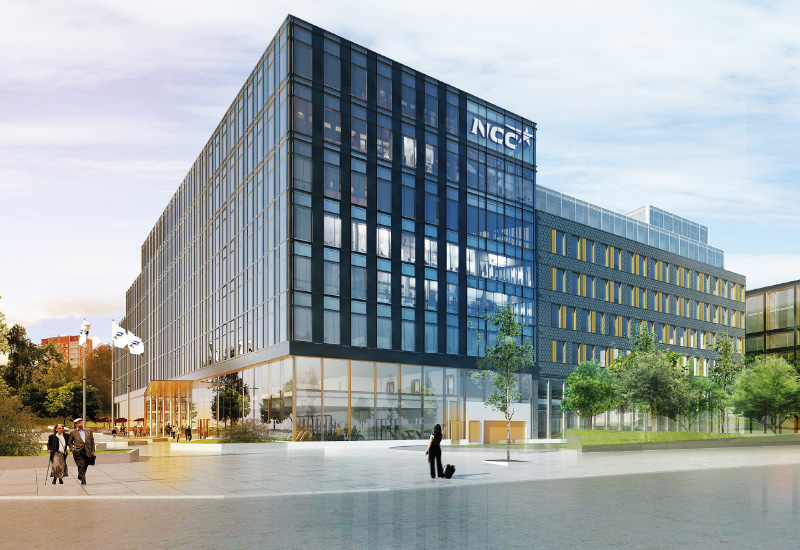 NCC are building their new head office at Järva Krog in Solna. The new head office has a strategic and easily accessible position adjacent to the E4 motorway. The head office occupies part of a large office complex with 32,000 m2 leasable area. NCC’s offices will occupy around 20,000 m2 of this area.
NCC’s new head office is taking shape in Järva Krog, a stone’s throw from Ulriksdal commuter train station. In addition to two office buildings, the project also consists of around 70 apartments together with shop space. The project contributes to developing a new, dense urban structure in Järva Krog. The new head office is characterised by sustainability throughout. It has been awarded an Excellent environmental rating by BREEAM, and has an energy consumption of less than 50 kilowatt hours per square metre per year. This means that the new head offices have an energy consumption that’s only half that of NCC’s existing head office, also located in Solna. 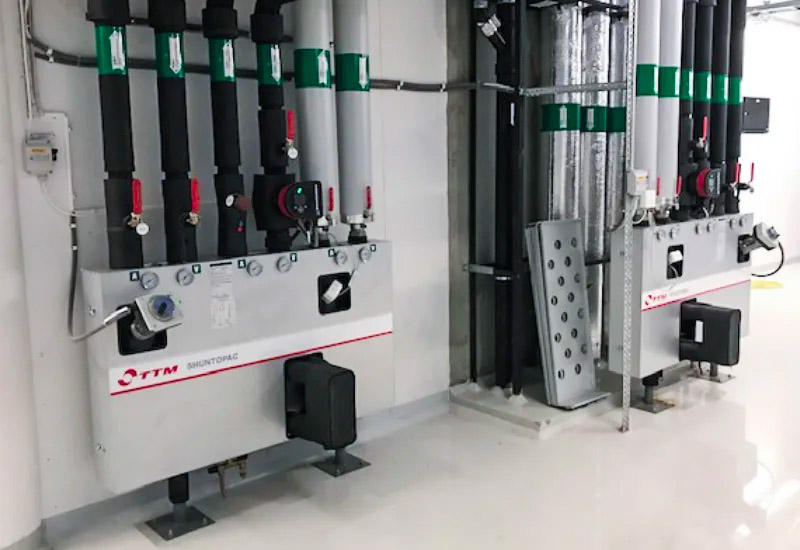 “For us, confidence is important. Working with a supplier that’s been around for a while. You know what you’re buying – the right price, service, guarantees and deliveries that do what they promised.”